There was something more to look at during this years Coachella music festival in Southern California, besides the musicians from all over the world. Recycling bins by Global Inheritance gobbled up all the garbage during the festival. These bins were a work of eye-catching art by the non-profit organization from LA. 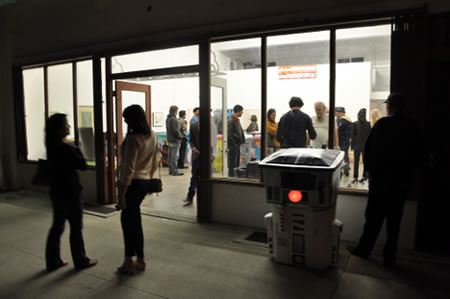 The R2D2 bin greeted people, created by Erik Escoveda. These bins were created by nonprofit solicited artists as part of the TRASHed project. 60 recycling bins turned into works-of-art found their way to the Coachella 2010 festival.
[Treehugger]