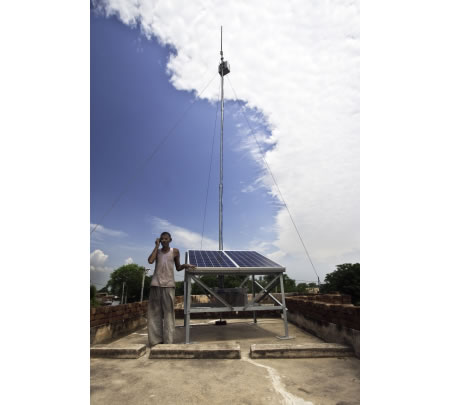 Telecommunication towers in India are destined to go green, with Vihaan Networks Limited (VNL) and lithium ion battery maker Boston Power having developed small-scale telecom stations powered by the sun that will show up next year. The stations called WorldGSM will operate from a bunch of solar panels, without hooking on to the grid. The batteries are capable of powering up these towers for a whole three days without sunlight. This one sure will help spread the mobile phone network to places that are far-fetched and have no connections to electrical grids whatsoever, particularly in rural areas, making communication an easier task.

A unique touch given to telecom towers, the WorldGSM will help make the world a smaller place, pulling in rural areas into communication.
[Cnet]