The festival season is just around the corner and keeping your mobile phone juiced up this time around will be a lot easier, thanks to Vodafone’s Power Pocket, a concept that draws on the heat energy released by the body, turning it all into electricity that charges up mobile phones! The Power Pocket concept is currently available in the form of prototype hot shorts and sleeping bags. This gear enables you to generate energy as you walk, jump, party and sleep, using all of this to charge up your mobile device!

The Power Pocket will debut at the Isle of Wright Festival on Thursday and was developed in collaboration between the British telecommunications company and the department of electronics and computer science at the University of Southampton. The Power Pocket uses thermoelectric modules that convert temperature differences into electrical voltage, relying heavily on what’s known as the Seebeck effect. 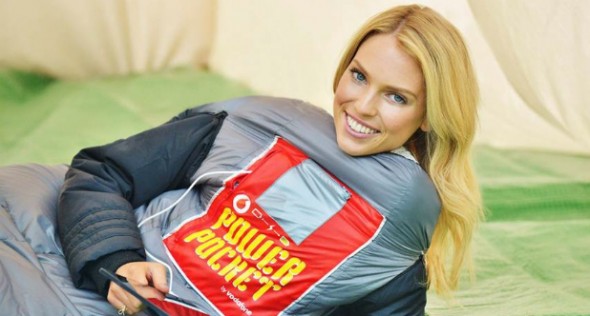