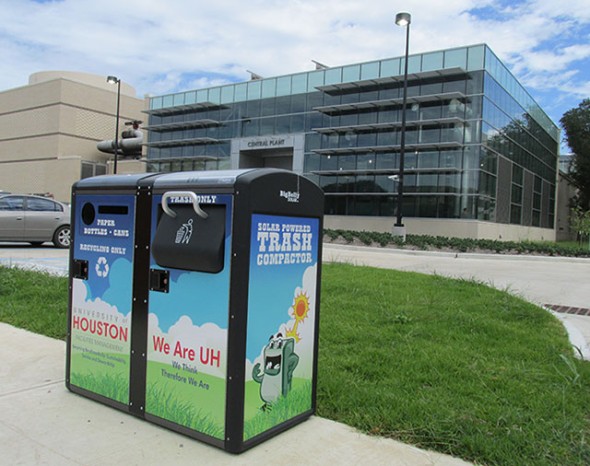 Installing trashcans in public spaces is never a bad idea. But what’s better, is a trashcan concept like the one developed by Massachusetts-based Big Belly Solar. These trashcans have been installed at the University of Houston and are a step above the conventional dumpster you use. Priced at $8,000 a pop, these trashcans are, in essence, miniature solar-powered garbage compactors! With a capability to fit five times more trash than a regular garbage bin, these also include sensors that automatically signal the authorities when full.

80 trashcans like these have been installed across the campus and are wirelessly monitored. Michael Burriello, assistant director of facilities management at UH says, “So, where we were going around once a day to all the trash cans to see if they were full, we don’t have to do that now. We wait until the trash can tells us it’s full.” The University of Houston sure deserves a pat on the back for this move.