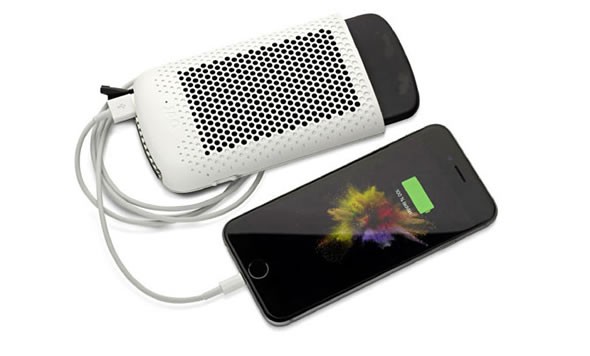 The future of smartphone charging ought to be more conducive to be more than dependence on an electrical outlet. The idea that there could well be a scenario where we do not have people at a house party crowding around the nearest electrical outlet is exciting. Swedish startup MyFC has come up with JAQ that was shown off at the CES. Basically a fuel cell charger, the contraption uses saltwater and oxygen to convert chemical energy into electricity. This power is then used to charge your phone’s battery. A card-like container holds the saltwater while the port is present on the hollowed outer shell. The JAQ presently manages to conjure power as high as 118 mAh worth of electricity. This can completely charge an iPhone 6S. These are great for a single use, post which, the stop producing chemical energy.

Presently, the JAQ charger isn’t available for purchase. However, it is expected to ship later this year. Customers will be given a certain number of power cards per month and could cost about $1.5 a piece.