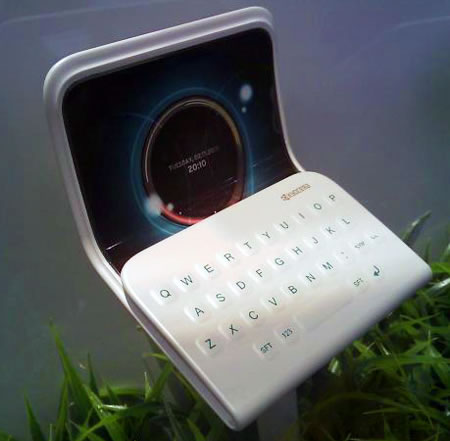 There was the solar powered cell phone and now there will be the kinetic energy – powered one. It is called the Kyocera and is capable of folding up like a wallet. The EOS phone consists of a soft, semi-rigid polymer skin surrounding a flexible low-energy OLED display. It also has this unique shape memory feature that allows its keys to pop up when in use and blend in with the surface during downtime. It is designed by industrial designer Susan McKinney. When the Kyocera EOS is folded it can be used as a normal phone and when unfolded it opens into a wide screen. It also apparently derives energy from human interaction.

And another interesting feature is that the more you talk on the phone the kinetic energy is turned into an electric charge through an array of tiny piezoelectric generators. its still in the initial stages but the Kyocera teams in San Diego and Bangalore hope to integrate concepts from the device into cell phone lineups in the near future.