Japans plans to power up Earth with orbital solar power 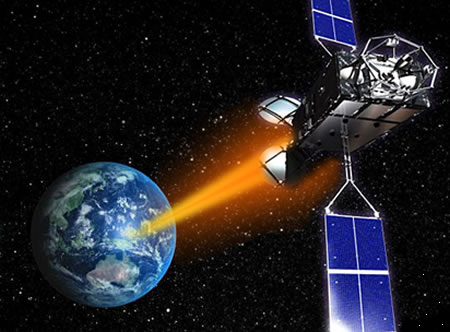 Solar power from space is not out of reach anymore! Japan’s government is serious about grabbing solar energy from space and directing it down to our planet pretty soon. The government intends to start work on related project before this year ends. Few firms comprising of pioneers in electronics and heavy electric machinery will be selected as early as next month to materialize this green project. The idea is to convert solar electricity into microwaves, which would then be converted back into electricity at the surface. Estimated to illuminate the world with the orbital solar power by 2030, the team will first attempt to transmit microwaves for a distance of around 10m only. However it will be extended to 100m within three to five years.
[Nikkei]