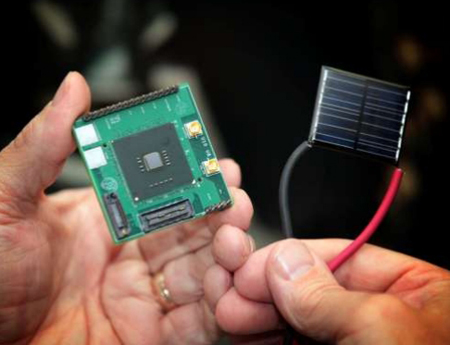 Intel has just turned the world of computing a shade greener with this latest release, a processor with a low-power solar-powered chip that will show up at the International Solid State Circuits Conference. And that’s not all. Intel has also announced processors with integrated Wi-Fi, for now, both of these have been developed on an experimental basis. The solar powered chip in particular runs at speeds between 3 MHz and 1 GHz and uses energy ranging from 280 millivolts to 1.2 volts. A development that could soon spread its wings around graphics processors, memory, and other PC components, computers in the near future could soon turn seriously-efficient, using energy from the sun to power up!
[liliputing]