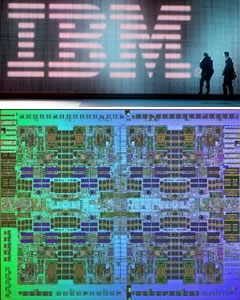 With the IT industry going greener by the day, big shots in the industry, IBM are here with an eco-friendly chip. Companies like Microsoft and IBM are striving hard to attain that green factor since they use a whole lot of equipment that creates a carbon imprint on the company itself. To reduce carbon emissions and other pollutions, IBM is going Eco-friendly and has launched the Power 7 chips. They use a quarter of the energy that the Power 6 chips use and deliver double the amount of performance. Using the Smarter Planet strategy, IBM will build lower power energy efficient processors. The company also announced the birth of four new mid-range servers that will use the Power 7, while low end and high end severs will be released later this year. IBM has got its green ideas straight with the Power 7.
[Thestreet]