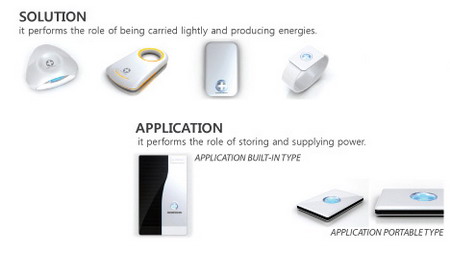 Depleting natural fuel resources, climate change and other environmental issues have turned everyone’s attention to the different sources of energy. Well, we have already heard about tapping energy from other natural sources like Sun, Wind or even the heat energy that gets lost by gadgets but designers Choi-Hyung-Suk and Yun Jung-Sik have come up with design concept that can tap human energy that gets lost in different activities through the day. Isn’t this concept geekiest of all? They have come up “with wearable contraptions” that can be worn on wrists or fingers which taps human energy that is released. These are “Solution Units” with battery to store energy which can be later used to recharge cell phones or MP3 players. 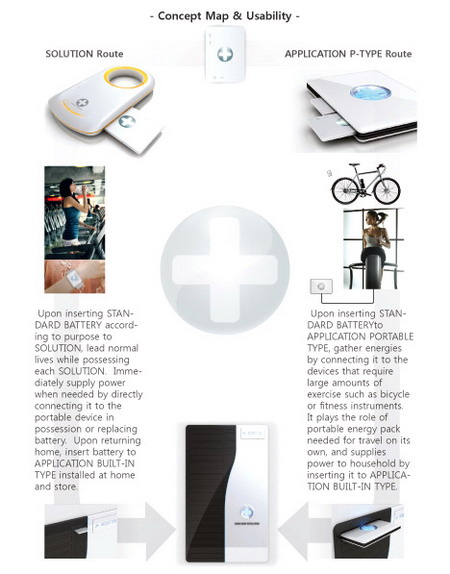 The whole idea is too geeky to be comprehended and explained here, see the picture or the link below to wire into their amazing thinking. They are on the right track after all since total energy is conserved, so energy loss should be energy gained. Well, the way technology is rapidly changing and this human energy tapping units could someday become a reality. Given the grim energy future we may have to exercise to charge our cell phones for that little extra talk!
Via Yanko Design