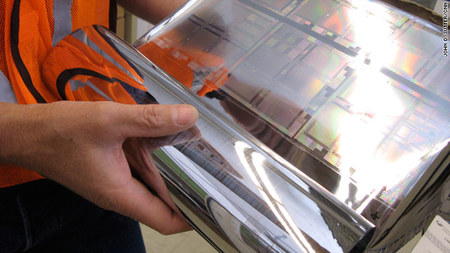 Times are changing, swiftly, and the way we keep time is too. The U.S. military will soon have greener devices on their wrist, with Hewlett-Packards current development. These wrist-watches by HP will boast flexible display screens that will show up a load of information besides the time, including maps and strategic information to aide soldiers in combat. The watch, known as the Dick Tracy will use a plastic screen. Soaking in the sun will help power up the watch and have it ticking. The prototype of the watch will be up and functioning in a year by HP.

For starters, the U.S. military will use the Dick Tracy (named after the comic-strip detective with his awesome wristwatch) on a small group of soldiers first, who are bound to enjoy the technology, before spreading out to the entire force. The flexible plastic display, unlike the usual glass ones is also unbreakable, and can withstand the shocks of a battle field. Dick Tracy is yet another green addition for the U.S. military, this time in the form of wrist-watches.
[CNN]