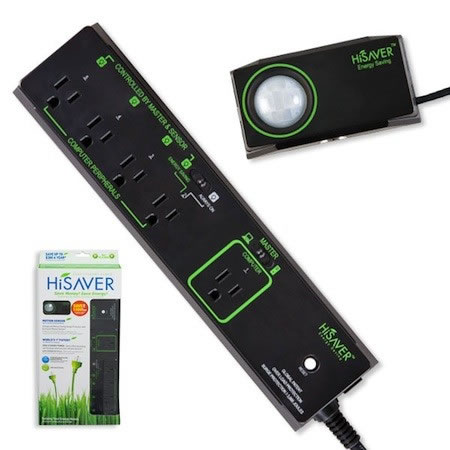 Cutting off power to a plugged-in appliance repeatedly can have its adverse effects on the poor electronic, especially if that happens every time you walk out of a room. That’s probably the only thought the HiSAVER hasn’t come across. It means to be green though, and assures users reduced power consumption by simply stopping power supply to everything plugged into it once the rooms left empty. It’s intelligent and uses a bunch of sensors to detect presence. Well, if you really are skeptical of this one though, the makers have made sure a second selectable outlet option is available, plugging into which, power isn’t cut off with the sensors. If the motion sensors detect no movement for about 10 minutes, the strip cuts off power to all the appliances plugged into the specific sockets.

Costing around $110, makers Tomauri have made a solemn promise that this intelligent power strip of theirs will help you save up at least $30 and $50 a year on your power bill. Just what you chose to plug into the HiSAVER is left up to you!
[Engadget]