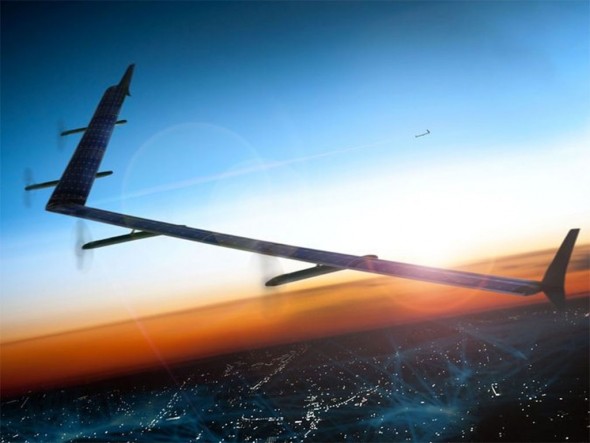 Facebook wants the world to signup, like, comment and share, and in order to do so, the company has stumbled across a way to “take the internet” to remote areas. Facebook will use solar-powered drones to “beam internet to devices on-ground”. This will enable people who aren’t connected to the grid to go online!

Called the Aquila, this solar powered drone which will be used by Facebook uses solar panels on its wings to stay in the skies for months at a stretch. The drone is capable of flying up to altitudes of more than 60,000 feet, according to reports. With a wingspan that’s greater than that of a Boeing 737, the drone itself weighs less than a car, enabling it to stay aloft purely with solar energy.