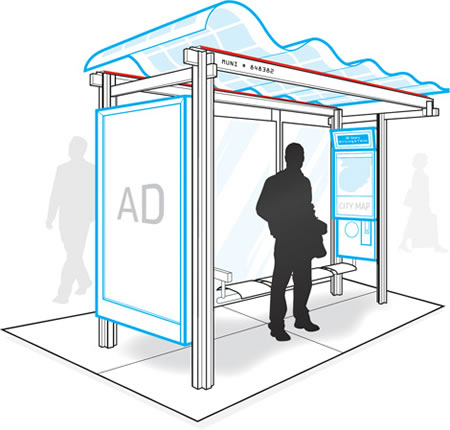 By the year 2013, San Francisco is planning to build atleast 360 bus stops which will have Wi-Fi and also these bus stops will be powered by the sun. It will cost $30,000 for a bus stop which can sound very expensive but they are very energy efficient. The energy that will be left unutilized will be fed back into the city’s electricity grid. The stops will be using LED lightings which is nearly four and a half times more efficient than conventional lighting.
[Gizmodo]