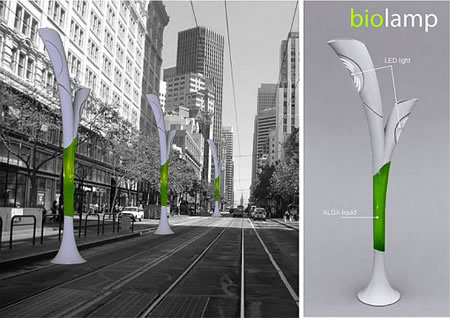 They started off by powering up with gas, and then came the electricity. Shortly afterwards, streetlamps began powering up with solar energy too, using energy-efficient LEDs instead of those old bulbs. And now, the street lamp turns greener with the Biolamp. A never thought of or heard of before concept; the Biolamp does a lot more than just shed light. It uses the ever-present city smog to create car fuel! Designed by Hungarian designer Peter Horvath, the Biolamp makes breathing in city air a lot easier and keeps our lungs from harm. Sucking in harmful carbon dioxide generated from pollution and converting it into useful biofuel for eco-friendly cars, these lamps use a liquid called alga, when mixed with water that transforms the carbon dioxide into oxygen.

The process ends when the lamp pumps out fresh and clean air again, for us to breathe on. An amazing concept indeed, we’re pretty sure our cities could make way for these revolutionary street lamps. 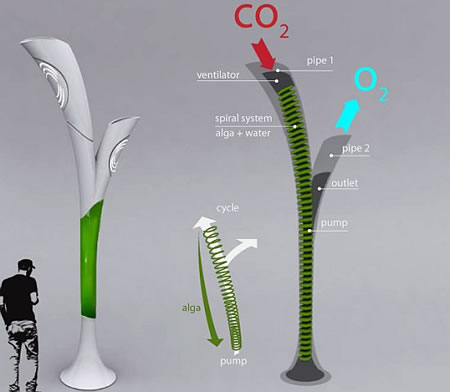