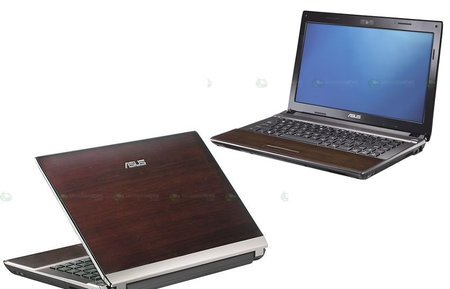 A year ago, Asus came up with the idea of giving their laptops a touch of green with bamboo cases. And that’s exactly what the company did, designing and producing the Bamboo Covered U6V Notebook. The company had hinted using bamboo for their notebooks in 2007 too with the EcoBook concept design. This was then followed by their oh-so-green U6Vmodel sporting a Core 2 Duo T9400, GeForce 9300M GS, Wi-Fi a/b/g/n/, Blu-ray drive and HDMI Out and available in select countries. Asus are at it again, this time with the U Series Bamboo Collection at CES 2010. The company released two new models, the U43JC and U43F both sporting a 14″ LED-backlit screen.

The former uses an NVIDIA GeForce 310M graphics with Optimus GPU costing $999.99 while the latter sports an Intel UMA graphics for $950. Probably a bunch of pandas design their notebooks, taken that they sure love bamboo!
However being green involves having a green heart. Not just a green exterior. Beauty is skin-deep, green isn’t. And Asus need to figure that out, and use bamboo in the future, along with a host of green features for their notebooks.
[Akihabaranews]