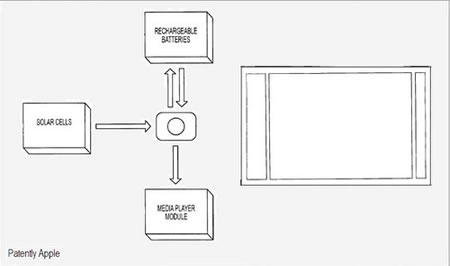 It had to happen eventually and the time is now. Apple is going green for its iPhone, iPad and MAC users by patenting portable solar powered devices. They are trying to find out a way to ‘reliably’ charge rechargeable batteries in these devices. The patent inserts a power control circuit between the solar power source and the battery. To deal with the unreliability of the sun’s powers, the invention also is smart enough to monitor the bad electrical power dribbling from the solar cell and polish it for the rechargeable cell.
[iPhoneapples]