A solar powered device converts CO2 in to usable fuel 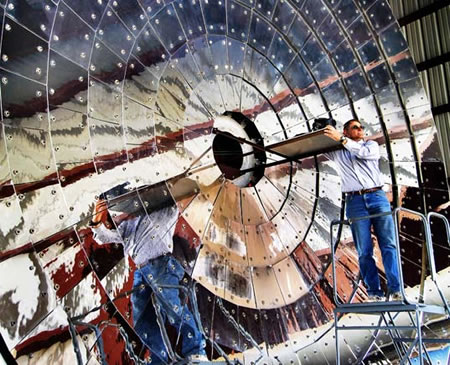 With the climatic situation that is prevalent today and to add to it the fast depletion of fossil fuels, the future of nature earth looks very grim. In such a scenario imagine having a machine that would take in all the CO2 from the air and promptly transform it into a useable fuel. This miracle has been made possible by the researchers at the Sandia National Laboratories, who have created a prototype that can actually turn the carbon-dioxide to liquid fuel. The device called Counter-Rotating-Ring Receiver Reactor Recuperator (CR5) is a cylindrical machine that has two chambers and 14 rotating rings coated with iron oxide. Using solar energy the chambers are heated up to very high temperatures causing the iron oxide to undergo a chemical reaction thus releasing oxygen molecules.

By mixing the hydrogen and carbon monoxide together, researchers can create syngas, a combustible fuel. Though this process isn’t foolproof as of yet, scientists are probing into boosting the efficiency of this fuel to be used in cars et al. Until then we might have to wait for another 15-20 years to fully exploit the possibilities of this device. 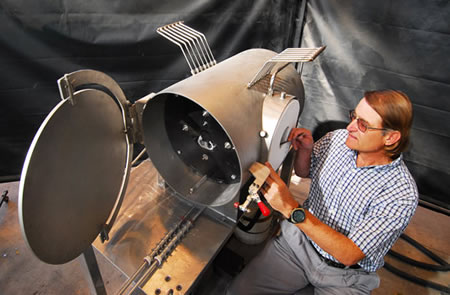