BENLY e: models are powered by two units of the Honda Mobile Power Pack (MPP) detachable and easily-swappable battery. In addition to outstanding environmental performance, which can be achieved only by clean and quiet electric mobility products which emit no CO2 in use, BENLY e: models demonstrate powerful and smooth starting and hill climbing performance even when carrying cargo by leveraging the unique characteristics of their motor which generates ample torque even from a low rev range. All BENLY e: models feature a meter panel which displays various information about the EV system in an easy-to-understand manner.

In addition to the speedometer and a clock, the meter panel has settings to display the remaining battery level of MPPs, the reverse indicator which comes on when the scooter is put into reverse and the side stand indicator which comes on when the side stand is in use. BENLY e: models feature a large and flat rear deck which makes it easier for users to load items they will deliver, and a reverse assist function was adopted to increase user convenience in case the scooter needs to be turned around to face in the opposite direction in a narrow space or on an inclined surface. Price starts from (all Inclusive) 737,000 yen ($6721).

The future of cars is dependent on eco-friendly solutions. With climate change soon upon us, and pollution in cities around the world at an all-time high, it’s no wonder why so many automakers are devoting research and investment into greener solutions. From novel ways of powering personal vehicles to reimagining your morning commute, there are many amazing solutions on the drawing board. In this post, we’ll cover 3 new tech features that are changing the way Americans drive for the greener. Check them out!

Electric cars have moved from mere novelty to viable transportation solution in just a few short years. With so many new models on the market from the Fiat 500e to rumors of a new GM electric Hummer, there’s a lot to look forward to on the horizon. Electric cars are cleaner than regular internal combustion engine cars for a few reasons.

Ridesharing isn’t exactly an onboard tech, but it’s still a tech change that’s making cars eco-friendlier. How? For the simple reason that people are using them less. Right now, the standard way that people in the US get around is with their own personal vehicle. Instead of browsing new Audi cars for sale for themselves, as ridesharing gets more popular and cheaper, people will start to ditch their personal cars in favor of a shared ride to work. How does this help the environment? Two ways:

This one seems far out there, but Uber self-driving cars are already being tested in cities across the US. Soon, driving yourself around may be a thing of the past, as autonomous vehicles dominate the market due to their superior safety and efficiency. While boosted safety features are usually touted as the benefit of autonomous cars, one huge benefit is actually the fact that they will be eco-friendlier than the current human-driven cars. Why?

There’s a lot to look forward to in the near future, with these cutting-edge features that are sure to make cars much friendlier to the planet!

A consortium consisting of industrial, academic and governmental institutions in Japan completed the NCV Concept Car, a concept car made of cellulose nanofiber, in the NCV (Nanocellulose Vehicle) Project of Japan’s Ministry of the Environment (MOE). The consortium, which consists of 22 institutions including Kyoto University, used as many CNF-based parts as possible and realized a weight reduction of higher than 10%. CNF is a plant-derived material.

The consortium developed a sports car equipped with gull-wing doors, which open upwards. CNF and resin materials using CNF as a reinforcing material (CNF-reinforced resins) were applied not only to interior parts but also to outer panels, which require a higher strength, higher rigidity and higher appearance quality.

For the concept car, CNF was proactively applied to large-size outer panels, and a high weight reduction effect was realized. The front hood is made only of CNF and does not contain even CNF-reinforced resin.

The outer panels of the gull-wing doors were made of CNF-reinforced polypropylene (PP). The NCV Concept Car is not a mock-up, as it can travel at a speed of 20km/h (approx 12.4mph). The consortium plans to further increase the maximum speed in the future.

Most Eco-Friendly Luxury Car Choices for Your Rental 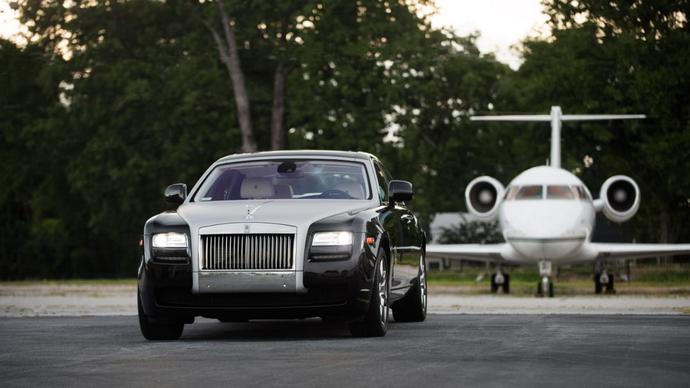 Throughout the years, there have been increasing concerns about protecting the environment. Emissions from cars have been found to have adverse environmental effects including climate changes. This was the main motivations towards the creation of the eco-friendly cars. These cars minimize emissions while saving fuel at the same time.

Luxury car rental businesses have not been left behind, either. They have also acquired eco-friendly cars that have the same power and prestige of any luxury car brand. If you are planning to rent a luxury car, you can consider an eco-friendly one. Below we have compiled a list of the most eco-friendly luxury cars.

Currently, every automobile company is racing towards producing eco-friendly vehicles. The luxury car companies have not been left behind, either. They are all working towards producing high-performing luxurious electric cars. The 2018 Porsche Cayenne e-hybrid is a very good example.

This car is a hybrid but it is still the most powerful of all the Porsche Cayenne cars. The car comes in various colors and has a five-passenger capacity. The 2018 Porsche Cayenne is an SUV, but its performance can be likened to that of a sports car. With cutting-edge assistance systems and great comfort for the occupants, there is no better eco-friendly luxury car than this.

If you want to rent an eco-friendly luxury car, then you can opt for this beast. You can hire luxury cars at https://milanirentals.com.

This is one of the newest NSX models by Acura. The car is ranked as one of the best luxurious sports cars, and guess what, it is eco-friendly. Experts have given it a rating of 8.6/10 based its performance and features. The car has an excellent ability to negotiate corners and has strong accelerations that beats similar cars on the market.

Additionally, the Acura NSX contains a multi-angle rear view camera, heated seats, and perhaps the best feature is the Alcantara-trimmed upholstery and perforated leather. The seats offer great comfort and support and the driving conditions are as comfortable as ever.

The Volvo XC60’s luxurious look and sport appeal makes many people wish to own or even just ride in this car. Volvo redesigned this luxury SUV to improve its performance and comfort and now it ranks as one of the top eco-friendly luxury automobiles.

The car is a plug-in hybrid powered by twin engine powertrains. Just like the Porsche Cayenne, the car is very spacious with a 5-passenger capacity. Just like the other Volvo XC60 models, the car has a high-gloss black finish, a longer hood, and the distinctive momentum grille, giving it a luxurious appeal.

There has been a huge rise in the number of eco-friendly cars on the global car market. This can be attributed to the need for conserving the environment. After the first powerful luxury eco-friendly cars were created, there was an increase in the demand. The previous myth that eco-friendly cars do not have elegance or a strong performance has now been refuted.

Yamaha aims to reduce CO2 emissions from their products by 50% by 2050 compared to 2010 levels, and are promoting the manufacture and sale of compact electrically-powered products as one method of addressing this issue. The EC-05 represents the first launch under the electric product strategy in this Medium-Term Management Plan period, with more releases to come Yamaha Motor. The EC-05 will be launched in Taiwan on August 1st for approximately $3,220. The EC-05 is the fifth electric motorcycle launched by Yamaha Motor, after the Passol in 2002, the EC-02 in 2005, the EC-03 in 2010, and the E-Vino in 2014. 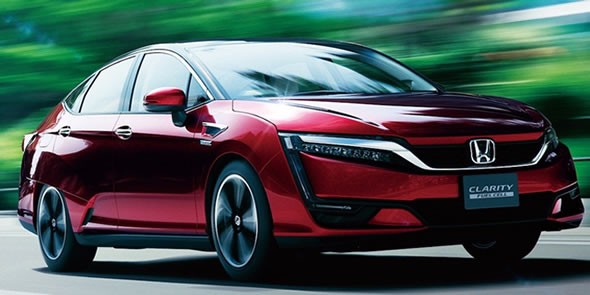 There was much talk when we first heard about Honda’s very first fuel cell car last year. The car, with its promise of a cleaner, greener future has already made in-roads to customer segments. It has gone up for sale in select markets across Japan. The hydrogen-powered fuel cell vehicle has impressed many with the technology in the drive. Over the years it has been enhanced to meet the demands of the millennial and can now drive to a range of 460 miles on a single tank of 70MPa compressed hydrogen. The early challenge that the car’s owners may face is the fact that there are very few hydrogen fuelling stations. This shouldn’t be a deterrent though. Electric cars once faced the same problem but the number of electric charging points have gone up significantly in the last couple of years.

Posted in Transport on May 16, 2018
Continue reading 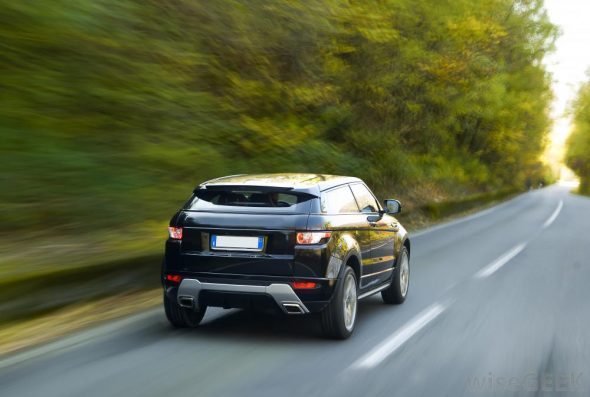 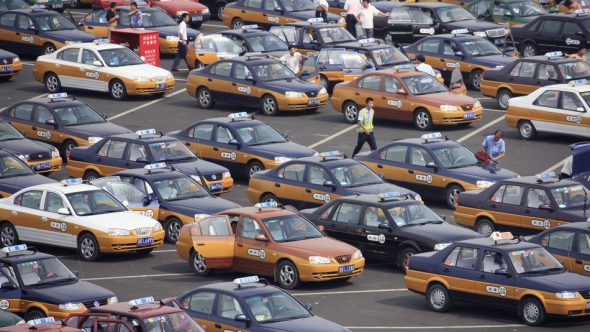 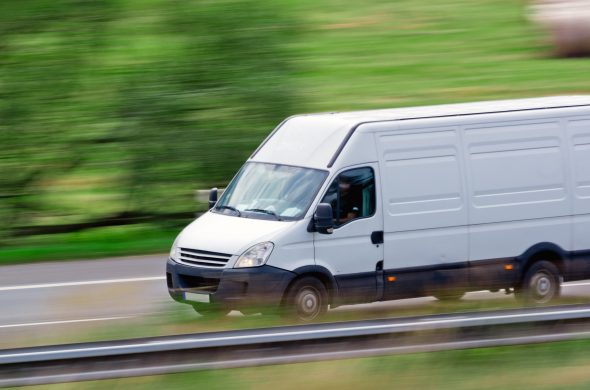