Whiskey by-products used to make butanol, a biofuel for cars 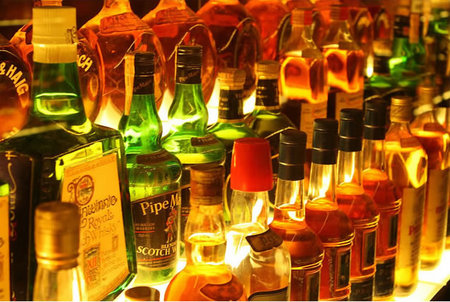 Drinking and driving certainly isn’t encouraged, though a bit of alcohol in your car’s fuel tank seems just ideal. Well, at least that’s what the guys at Edinburgh Napier University’s Biofuel Research Center think. Researchers have come up with butanol biofuel from whiskey by-products. And if you just love your scotch on the rocks and worry that too much whiskey will be wasted for cars, you really need to think again! The researches haven’t actually been pouring bottles of whiskey into fuel tanks. What they’ve been doing instead, is using by-products of whiskey, including pot ale, a fluid coming from distillery equipment, left over grains, and is made in a process that the World Wars used to make explosives.

The fuel is up to 25% more efficient than ethanol, used more widely to power cars today. Anyways, it certainly looks like the world needs a lot more whiskey, for our drinking satisfaction and for our cars too.
[Cnet]