Grow Diesel in your backyard 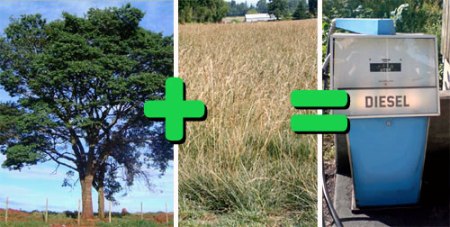 The rage in biofuels is set to get heated up even more, a University of Northern Colorado researcher has received the go ahead to study the tropical copaiba tree’s (which is also known as the diesel tree) oil producing seeds in order to understand if theses genes can be put into other plants or trees. The idea isn’t a new one since we all know that ethanol is grown and now used on a small scale as an alternative fuel. The difference with this idea is to get more trees or even grass to produce oleoresin, the use of oleoresin as a substitute for diesel isn’t new. I wonder if diesel is such an environmentally friendly solution. After all it is the reason cities smog levels are on the rise.

The copaiba tree produces a large amount of these oleoresins with each tree producing 40 liters per year. For me the idea that someday I maybe able to mow the lawn and then use the cut grass as fuel for my car is simply mind blowing.
Via