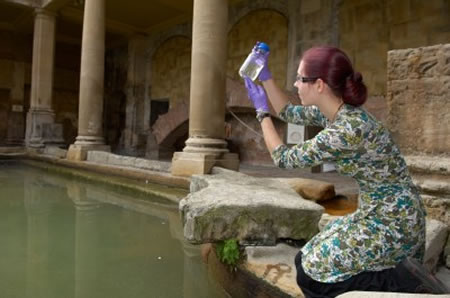 The world’s slowly bidding farewell to fossil fuels, in a bid to use cleaner and greener fuels, that don’t punch those devastating holes in our environment. Now, the Department of Biology & Biochemistry study has a new-found interest in algae growing in Roman Baths that can be used to produce biodiesel by extracting oil from algae cells. Growing algae as such could help boost the wide-scale production of biofuels, which could soon turn into the next best way to power up our lives in future.

Biofuels seem to be a pretty promising alternative to the now-prevalent and slowly –diminishing fossil fuels we’ve been using since ages.
[Video]