Well-Trained Dogs are Good for the Environment 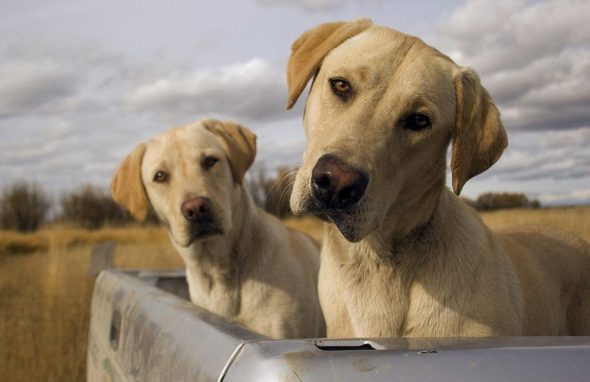 Most of us are familiar with a misbehaving dog or two or three. Whether it’s a best friend’s cocker spaniel who can’t be left alone with shoes, a sibling’s mutt with bladder control issues, or our own canine companion unable to resist chewing on furniture while we’re at work, obnoxious albeit beloved pet dogs abound society in the modern age.

While the majority of dog owners failing to properly train their canines grow to tolerate and work around their pet’s shortcomings, those with a concern for the environment take note: badly trained dogs are bad for the environment.

-The harm to couches, chairs, mattresses, and tables caused by a rambunctious and/or overly anxious dog often leads to disposal happening much earlier than otherwise required and the need for replacement pieces. This greatly increases the waste created by a household in terms of weight and resources over time.

-The same is true of carpeting, which frequently gets replaced quicker than usual if it’s in a home shared by one or more ill-trained dogs. This again amplifies the volume of waste generated by a household compared to that of a home with better-behaved pets.

-10 to 15 years or so of accumulated “accidents” adds up to a lot of paper towels and other cleaning supplies which wouldn’t be required otherwise. With each person roughly using 45 pounds of paper towels every year on average, it’s essential for green conscious pet owners to train their dogs to avoid said accidents.

So what’s a dog owner to do? Take the time to train a dog well, of course. It sounds “easier said than done” but proper dog training is one of those things in life which appears far more complex and challenging than it turns out to be when undertaken.
While we’ll leave the finer points to experts like Cesar Milan, the basic principles of proper dog training are as follows:

Empathy
Understanding the mindset of a particular dog is key to successful training. This starts with knowing a thing or two about the specific breed. For example, the famous firecracker Chihuahua temperament requires some background information before the “peace and quiet” type decides to bring one home. If their childhood dog was a Great Dane, the differences can be startling, to say the least. By taking the time to appreciate an animal’s mindset, one typically finds common ground along the way and therefore better prepares themselves for the training process ahead.

Patience
Establishing the aforementioned empathy is how we get to improve our patience with pets-in-training. By putting ourselves in the collar of a canine, we see things from their point-of-view. Imagine, then, being expected to master life skills within the context of getting to know the world for the first time. It’d be an overwhelming experience, to say the least, taxing attention at every turn. That’s the life of a dog of training age. Things take time. It’s the same with human youth on their path to learning. Expect excitability and the hallmarks of attention deficit disorder. Do not be discouraged.

Exposure
Imagine being brought up on an isolated farm (if you weren’t) where every inch of ground was familiar and so were the faces seen every day. If not brought to town at an early enough age or otherwise exposed to the outside world, it’s safe to say one’s ability to interact amongst society will be warped. The same is true for dogs brought to a home and kept there for the majority of their early lives. They grow up antsy about new things and new people. Bring dogs out and about as much as possible, not unlike we would a human child, in order to better prepare them for the big show unfolding out there.

Repetition
Think back to kindergarten for a moment. Did Mrs. Miller only spend a day or two on the ABCs? Doubtful; reciting the ABCs in addition to the days of the week and months of the year was probably a daily exercise. The same can be expected of dogs if successful instruction is the endgame. In short, a dog successfully recognizing and responding to commands as well as comprehending boundaries requires repeated exposure, coupled with patience and understanding on the part of the human companion.

Compassion
It’s easy to surrender to simpler solutions. Crating a dog during the day, for example. Or keeping dogs exclusively outside. While exceptions exist, one must never assume their dog is the rare case; kenneling can cause mental illness in dogs, not unlike the effect of solitary confinement on humans.
Meanwhile, a dog kept outside all the time is bad for the environment due to the likelihood of waste building up rather than it being picked up on-the-spot during walks. Eco-friendly dog waste solutions exist but are expensive and hard to find in most markets. The takeaway is a need for compassion when training a dog; they are pack animals after all, and banishing them to cramped quarters and/or isolation outdoors strikes right at the heart of what it means to be a dog.

Conclusion
There’s been a lot of comparing dogs to humans here, which might have some people rolling their eyes. But the similarities between the species is real. Not only does our shared mammalian DNA create similarities observed across much of the animal kingdom, but it turns out dog and human genomes evolved together as the two species began to work as a team over the last ten thousand years or so. As a consequence, using ourselves as a guide for training dogs is an acceptable technique which not only brings us closer to our pets but helps to make the world a cleaner, greener place.