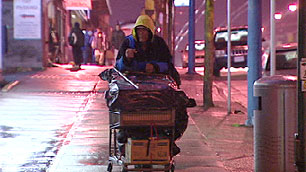 This time around during the Vancouver Winter Olympics, do something more worthy rather than sitting at home and watching the games on TV. The non-profit group ‘United We Can’ is going to pay people $10 an hour to work for a four hour shift picking up cans and bottles from about 250 temporary recycling bins around downtown Vancouver. More than 70 residents of the Downtown Eastside are going to be engaged in the task ever since the city council has passed a grant of $50,000 to pay them for collecting the recyclables during the 2010 Winter Games. With so many visitors in the town during the time, it becomes an extra pressure to keep the city looking good, and also this way the non-profit organization can help provide work for those who make a living collecting cans and bottles on city streets.
[cbc.ca]