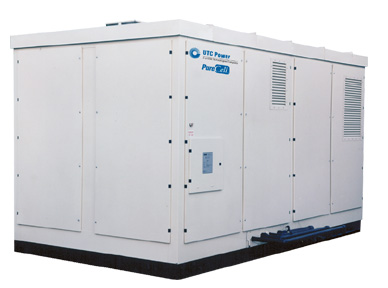 Transport for London has installed the largest hydrogen fuel cell in its combined heat and power (CHP) power-plant. This power plant located, at the Palestra building in Southwark houses a UTC Power PureCell® 200 phosphoric acid fuel cell unit. This fuel cell is expected to create clean, low-cost energy on-site. This, US$3.7 million, power plant is expected to cut carbon emissions by 40% translating into a saving a US$ 40,000 every year. That is not all; this power plant also educates people passing by its building on the benefits of using hydrogen fuel cells, by using displays powered by energy generated on-site. It also uses the extra heat generated to regulate the temperature in the building. Apart from this, the building will generate 25% of its own energy requirement at peak times of usage and will generate almost 100% of its energy requirement at non peak times.

TfL has set an example by declaring that all their head office buildings will aim to reduce carbon emissions by 10% resulting into annual cash savings of more than US$620,000.
[renewableenergyfocus]