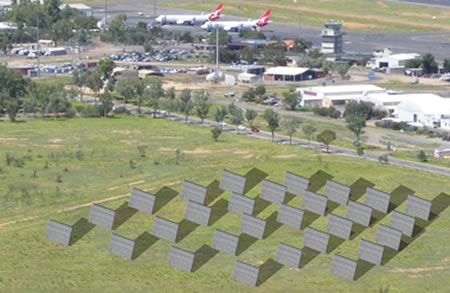 Airports around the globe are going greener by the day. We’ve heard of the Page Field General Aviation Airport in Southwest Florida and the Le Castellet International Airport in the South of France using solar power before. This time it’s the Alice Springs Airport in Northern Australia that will soak in the sun.

A 235-kilowatt solar power station has been planned with SolFocus providing the solar arrays. 28 units of SolFocus’ 1100S concentrator photovoltaic arrays will be installed by developer Ingenero and the project will be completed in the third quarter of this year. Half the project’s costs will be financed by the Australian Government, amounting to $1.1 million. This project will help do away with around 470 tons of carbon emissions annually!
[Ecoseed]