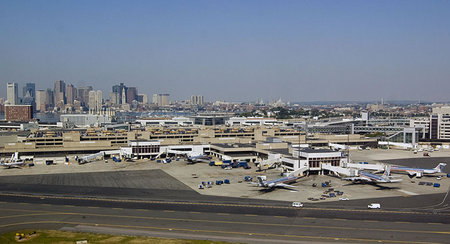 The Boston Logan International Airport goes green, and no, we aren’t talking about a green painted landing strip. Joining the league of the Le Castellet International Airport in the South of France and the Page Field General Aviation Airport in Southwest Florida, the Boston Logon in East Boston will be one of the most energy efficient airports in the US. The airport is now powered by a 200kW solar system that will save around 3,500 barrels of oil annually. 1,000 solar panels power up the Terminal B garage, which will also be the first airport garage to be lit with LEDs.

This is just one of the upgrades that Massport, the airport’s operating authority have taken up, spending around $1 billion in all for around 379 projects. More green hearted airports springing up around the globe will be a welcome sight.
[Getsolar]