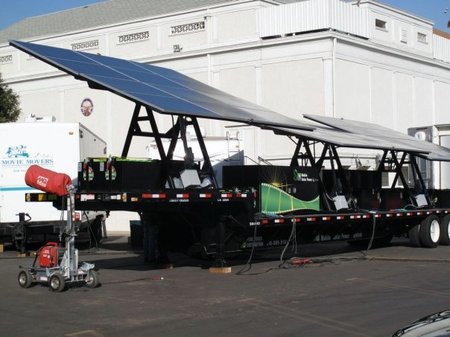 You probably might have watched the newest sensation to hit theaters across the globe, Inception, starring Leonardo DiCaprio, a movie that somewhat confuses you to the point of praise. Movie reviews aside, the shooting of this one was a green affair. Leonardo recently uploaded a bunch of pictures on Facebook, capturing the solar panels that were used to power up this movie. Some of the generators, according to the star, were all powered with energy from the sun. And the fact that a movie star for a change practices what he preaches, and actually cares so much for the environment, tends to inspire a greener thought.

The movie is a must watch, for fans of psychology and the ones who’d just love watching how a big budget movie can be made on a greener scale.