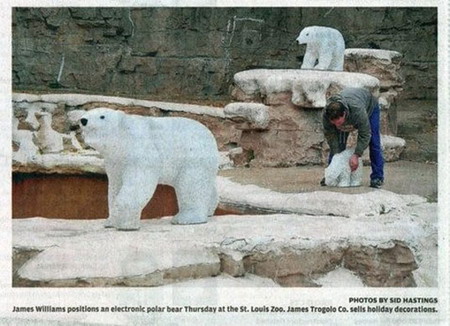 St Louis Zoo will showcase electronic bears for their upcoming holiday special Wild Lights exhibition. Polar bears have been most prominently featured animals in the global warming and climate change campaigns. They are facing most threat due rising temperature and melting polar caps. St Louis Robotic Bears will be a sad reminder of the grim future that awaits all of us and it throws up very uncomfortable questions. Will electronic proxies be all that will be left for the future generation to know about these majestic white bears? Can climate change effects be reversed? 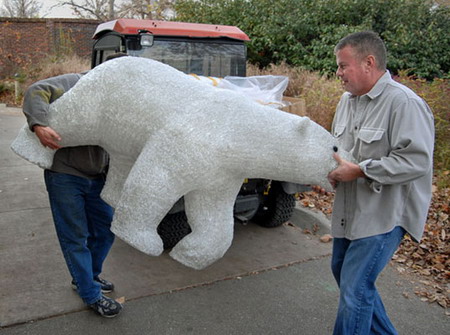 There is another grim reason for St Louis’s showcasing these exhibits. They will be put in place of dead polar bears of the zoo. These bears died of various causes but one of them, Churchill died while he was being operated to remove cloth and plastic he had consumed accidently. Zoos are the best place to create awareness among children and sensitising them.
Electronic proxies and dead bears are realistic hard hitting reminders of insensitive human activities which has pushed our planets and its awesome wild inhabitants to the brink of extinction.
Via Inhabitots