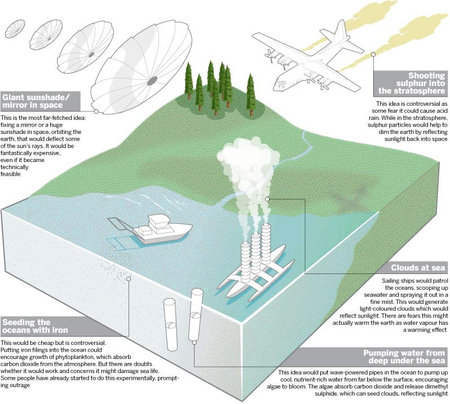 Power from space isn’t a new concept. Earlier we have mentioned about the Space Solar that can re-direct the solar power to earth without hindrance. But today it’s the Space Mirror, intended to ward off the sun rays, we are talking of. Made up of millions of silicon chips, the mirror can be placed at a point in space where the sun’s gravity and the Earth’s cancel each other. This colossal mirror will drift slowly through space between the Earth’s surface and the sun, intercepting the rays of sunlight before they reach the Earth, and deflecting them safely away. Such a conceptual project will help to reverse the graph of global warming. Since climate is changing for the worse, it is mandatory to give importance to the need of altering Earth’s systems. Such a concept of geo-engineering (science of altering the world’s natural systems) sounds wacky and impossible. It will also need enormous funding to materialize too. Till then we have to change our non-earth-friendly lifestyle to stabilize the graph of global warming.
[FT]