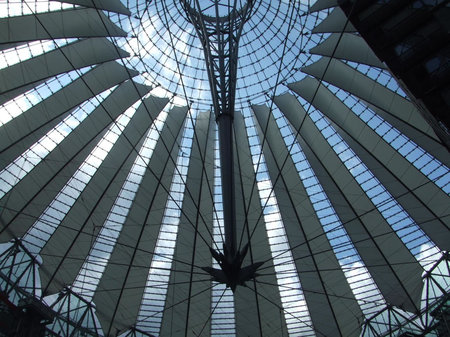 Sony is continuously working to increase energy efficiency in order to reduce greenhouse gas (GHG) emissions. As part of this effort, Sony is actively promoting the use of renewable energy. By implementing initiatives such as the Green Power Certification System and the introduction of solar power generation systems, Sony reduced its global CO2 emissions by approximately 100,000 tons in fiscal year 2008. Sony Europe has achieved independent certification that every facility with over 100 employees is powered by 100% renewable energy amounting to 190 million kWh or approximately 55,000 tons worth of CO2 emissions. Sony today purchased Green Power Certificates equivalent to approximately 50% of the electricity to be used at Sony City (Sony’s Headquarters building in Tokyo) beginning October 1, 2009. This represents the entire daytime electricity usage at the building, and is equivalent to the annual electricity consumption of approximately 4,400 households.

Sony Group companies in the U.S. purchased 42 million kWh of renewable energy in fiscal year 2008. This equates to a 25,000 ton reduction in CO2 from renewable energy usage. Sony Pictures is using 100% renewable energy for its Arizona data center and has installed solar photovoltaic cells on the roof of an existing building at its Culver City, California headquarters as part of a pilot solar energy program. Sony will continue to promote the use of renewable energy and implement various measures across its sites and operations to ensure ongoing energy conservation and the reduction of greenhouse gas emissions.
[Fareastgizmos]