Solar panels for the White House 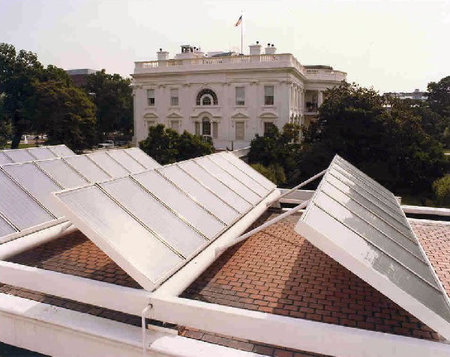 President Jimmy Carter had taken a green step in 1979 had installed some of these soak-in-the-sun devices, which were stripped off in 1986. A 17.85 kilowatt solar array can help the White House reduce its bills by a sweet 81%. That’s about $1,610 per month. 102 solar panels, each generating 175 watts on the roof of the White House will help offset carbon emissions that equal 1.5 million cars annually. Looks like it’s about time for the White House to add a shade of green to its roofs!
[CoolerPlanet]