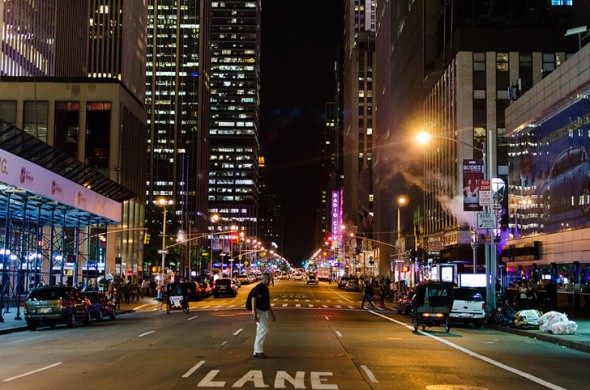 The city of New York accommodates about 250,000 street lights. It goes without saying that these are heavy consumers of power and also a necessity that not city in the world could do without. Mayor Bloomberg and transportation commissioner Janette Sadik-Khan recently announced that all these pretty city lights were soon to be replaced by LED lights in the next few years, which are more energy efficient. This isn’t something novel that has been adopted by a major city. Los Angeles and Buenos Aires are already on the way with their energy conservation efforts. Bloomberg’s PlaNYC could be one of the key inspirations for this move, with its original target of cutting down the city’s carbon footprint by 30 percent.

The city will be completely rid of conventional lights by 2017. This would eventually amount to savings of $6 million in energy and $8 million maintenance per year. Bulb replacement has already begun between Eastern Parkway and Grand Army Plaza as well as in FDR Drive, East River Bridges and Central Park.

Posted in Topics:Awareness and Hype, Featured, Tags: , New-York on December 18, 2013