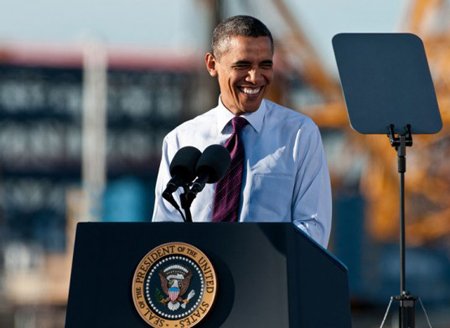 One thing’s for sure. The President sure prefers green renewable energy to oil and gas power. President Barack Obama in his speech at the University of Miami recently mentioned the efforts to solve power shortages that have been put into place recently. Apparently, the United States alone uses 20% of the world’s oil and has only 2% of the world’s reserves. Efforts are being put to expand oil and gas drilling, though according to the President, this isn’t the answer to energy woes. Also, the President spoke about wind and solar energy harvesting being carried on in the country and mentioned the fact that algae-based biofuels developed at home, could pretty much replace up to 17% of the oil being imported for transport purposes. All in all, the President seems to understand just how bad the global oil crises has turned out, and seems adamant on setting the United States free from complete reliance on international oil.
[inhabitat]