Ongoing ecological credit crunch will force humans out to another planet! 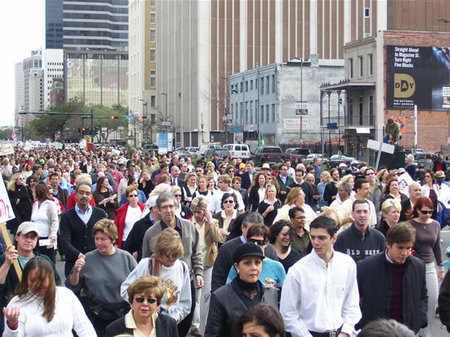 It is time to turn to another planet as our globe is facing the trial of being fiercely overpopulated. Overpopulation in turn is leading to disappearance of reserves and resources. In spite of all the attempts to save our earth and its natural wealth, the future doesn’t seem to be promising. WWF Living Planet Report 2008 sums up that the world is heading for an environmental credit crunch! Thanks to the never-ending human demands that are stripping this planet of its natural treasury at alarming rate. Pushing aside the ongoing global financial crunch, its time to wake up to the non-reversible damages that humans have incurred upon their own livable planet. James Leape, the director general of WWF International rightly states that “Reckless consumption is endangering our future prosperity.” The report also pinches us with a terrifying fact that if our demands on the planet continue at the same rate, by the mid-2030s, we’ll need the equivalent of two planets to maintain our lifestyles.

Though a lot has and is being done to slow down or probably even try to reverse the bloodsucking pressure on the planet, the report indicates that all that isn’t enough. Based on the Living Planet Index and Ecological Footprints of ever country, the figures are daunting but factual. US citizens account for the largest ecological footprints, that is each requires an average of 9,4 global hectares, or nearly 4,5 planet Earths if the global population had US consumption patterns. Where in the norm is 2,1 hectares only! It is also declared that nearly 45 percent of the global ecological footprint is from energy production, including the burning of fossil fuels such as coal, oil and natural gas.
To sum it up in one sentence, we will have no or very less water by 2025 and eventually will need another planet by 2030. So we humans have only two options – Plan to shift to another planet within two decades or start working towards a greener Earth by being focused on saving and retaining its natural resources.
Source