NYC to make use of 3,000 acres worth of landfill area for solar power plants 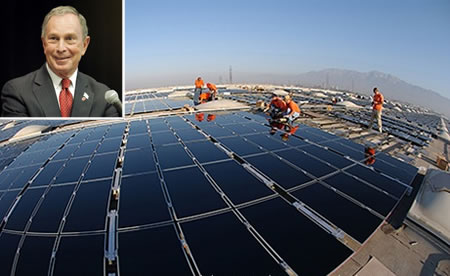 We’ve seen the City of New York indulge in a number of green initiatives before including the wind turbines planned for the city and the Urban Technology Innovation Center, making it one of the greenest cities in the United States of America. City Mayor Michael Bloomberg recently announced the PlaNYC, a sustainability plan that aims to curb the use of dirty heating fuels and use capped landfills for solar power plants. Partnerships with solar developers will be sealed for the solar panels to be set up at landfills with properties measuring up to 3000 acres! The Clean Heat initiative on the other hand will use financial incentives and a public education campaign to stop the use of polluting heating oils, instead switching to natural gas and low-sulfur oils. With this, the Big Apple goes greener, and not necessarily rawer!
[Cnet]