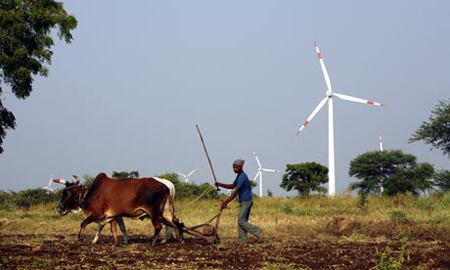 When it comes to turning green, India seems to have silently led the world as the foremost nation when it comes do development of environment-friendly and eco-friendly infrastructure. The nation invested $10.3 billion in renewable energy that led to a subsequent growth of 52% in the sector! Also, solar power growth shot up more than ever, with investments topping 700% over those in 2010 with a total of $4.2 billion invested in solar power in 2011. With $4.6 billion invested in wind power, India’s total investments in renewable energy contributed 4% to the total growth worldwide!
[treehugger]

Posted in Topics:Awareness and Hype, Tags: on February 7, 2012