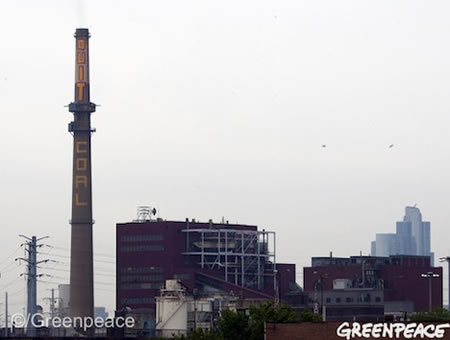 The Greenpeace Organization has been around for a while now and has sure learned their ways around spreading green messages to the masses. Environment conservation activists who’ve been putting every effort into saving the planet earth from an ecological breakdown, the guys at Greenpeace split up into two groups to bring some green to the city of Chicago. One group scaled a 450 foot coal plant and dropped down a banner from the top of a bridge in an attempt to stop a coal-filled barge from sailing. In the second event, a group of Greenpeace activists emblazoned a smokestack with the words “Quit Coal”.

The two incidents did manage to create a whole lot of ruckus in the city setting the media in frenzy and at the same time stamp out a bold and gallantly green message. Greenpeace deserves a pat on its back for its efforts in painting the world a darker shade of green. 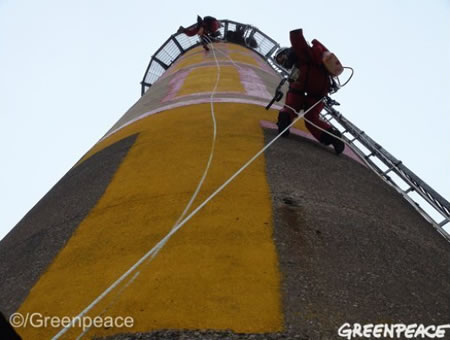