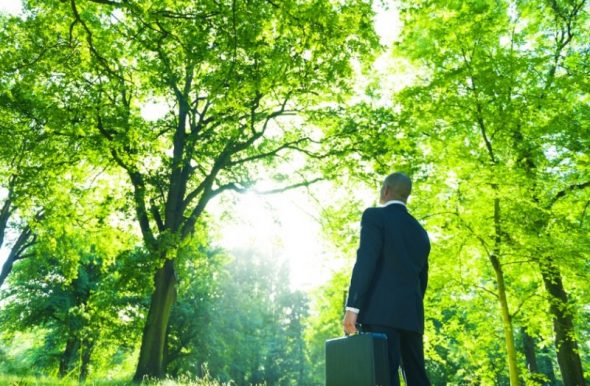 The world currently depends heavily on coal, oil and natural to meet up with its demand for energy needs, these energy sources however, have a drastic effect on our environment. These sources also will not last forever, they are non renewable and any effort to get more will be expensive and ultimately damaging to the environment.

Renewable energy sources on the other hand such as solar, wind and water in addition to having no adverse effect on the environment, never die or run out. These energy sources are easily replenished which is why governments, Organizations and people all over the world are turning their attention towards it.

So is there any economic impact of green energy?
Fossils fuel has been dominating the energy sector from way back and will continue to do son for some time in the foreseeable future. In non OECD (Organization of Economic Cooperation and Development) countries, the obvious strength of growth in fossils fuel usage currently exceeds the reduction in OECD countries; this will result in an extension of the lifeline of non renewable energy sources. However, this is expected to drop to 57% in 2035.

More than a hundred countries made up of both developed and developing countries had set a renewable energy target. The European Union in particular has fixed a goal of meeting about 20% of its renewable energy needs by 2020, and the United States is committed to moving from carbon intensive operations to a more energy based economy as the reality of climate change become more apparent.

More jobs will be available: Research done by the association of wind and marine energy providers predicted that as much as four indirect jobs will be generated for every person directly employed in the wind energy industry. This is just a tip of what is to be expected and industrial manufacturers are already gearing up to make this happen.

Expenses will drop: The production and distribution of renewable energy is usually more efficient and cheap compared to traditional forms of energy. This means that consumers will pay less for energy and can save on utility bills. The American Wind Energy Association claims that building a sufficient number of wind mills, which can be done in a shirt time will eliminate gas shortages with people having easy access to alternative forms of energy that can serve the same purpose as gas and fuel.

Energy will become more accessible: A significant number of people have no access to power as a result of almost total dependence on fossil fuel. It has been reported that as much as 2 billion people all over the world have no access to electricity, with the vast number of these people in Asia and Sub Sahara Africa. Renewable energy will definitely provide the much needed source of power to these regions.

Looking at countries that have already adopted renewable energy while reducing their dependence on fossils and traditional energy forms, we can believe that the adoption of this technology can only translate into more economic benefits than those listed above for all nations involved and will be of utmost benefit to the environment.

Posted in Topics:Awareness and Hype, Tags: on November 2, 2017