Formula One goes green with cars reducing emissions by 15% 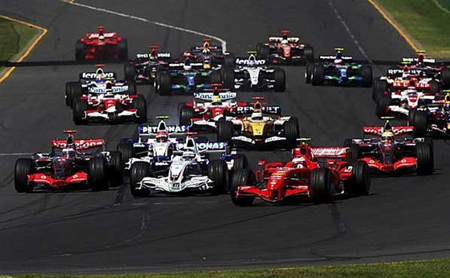 It isn’t just our usual street cars going greener by the day. The quicker ones zipping around tracks with professional racers behind the wheel are turning a shade greener too! Formula One, the beloved sport that has given birth to some of the fastest people behind a wheel, including Michael Schumacher and Lewis Hamilton, is going green, planning to turn its act into a cleaner one in the next 3 years. The Formula One cars in future will have their emissions reduced by a sweet 15%. That’s a lot for a race car.

So, the green light no longer will be the greenest feature of an F1 race, the cars will be a bit cleaner too. This has also turned Formula One into the world’s first sports organization to announce any sort of green initiative. A green colored checkered flag might just wave off future F1 races too!
[crunchgear]