Data centers go greener by the day, thriving on renewable energy instead 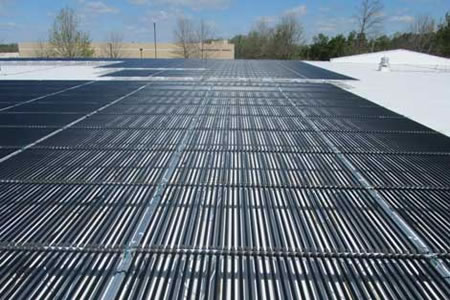 Data centers are known energy hogs. These plug into the grid and suck in a load of energy, to keep the internet up and running. Lately however, we’ve seen a rise in green-energy powered data centers that power up using renewable energy sources instead of simply plugging into the grid. And powering a data center with solar energy or wind energy isn’t a piece of cake either! It takes a load of solar panels to soak in the sun to keep these energy-hungry monsters alive. Take the DataScan Technologies data center for example. This one uses the second-largest solar array in Georgia that generates about 285,500 kWh hours of electricity annually. Plugging into solar energy has helped this data center save carbon emissions by 205 metric tons!

It might seem like a task plugging in an entire data center into using renewable energy. The returns over the long run however benefit the environment and the operator too!
[DataCenterKnowledge]