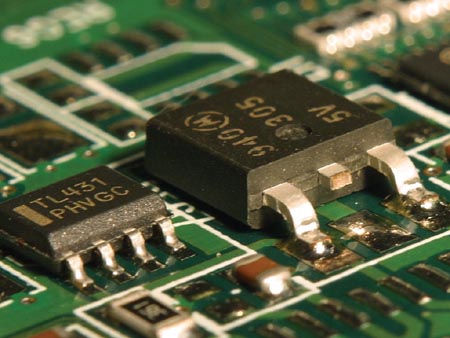 Whether you like it or not, now on saving the environment is going to be a serious affair. California is taking the lead in the US by being the first to regulate highly potent greenhouse gases which are mainly used in manufacturing chips used in computers, mobile phones and other electronic items. What it says is that in semiconductor operations the stuff used, which emit a lot of poisonous gases, is to be brought under control by 2020 under the Global Warming Solutions Act of 2006. 28 companies dealing with semiconductor operations will have to meet the emissions standards by 2012 of which 12 have already bucked up a bit.

This operation will cost around $37 million over a span of 10 years. This move is meant to have a safer future where we will still have plants providing us the necessary oxygen to breathe than having to rely on manmade operations. Great move and greater investment.
Source

Posted in Topics:Awareness and Hype, Tags: , "global warming"CaliforniachipsComputerEnvironmentsemiconductorUS on March 2, 2009