The first skyscraper to integrate wind turbines now in London, the Strata tower 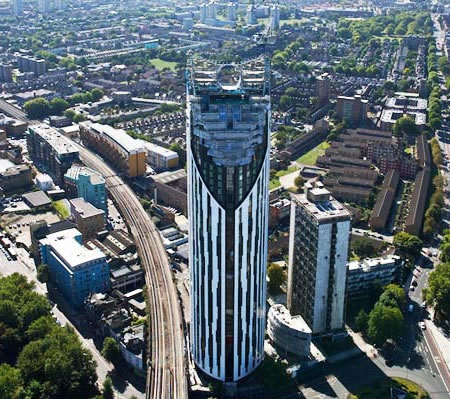 London has yet another architectural marvel to brag about. The Strata will be the world’s first skyscraper to have built in wind turbines. Taking the concept of green sustainable architecture to a level above, the Strata tower, nicknamed “the Razor” uses a three wind turbines that will help meet 8% of its total energy needs. Standing 148 meters tall in the London horizon, this building was developed and contracted by Brookfield Europe. The 42 storey structure pops its head above all the other buildings in its vicinity, due to which it can effectively make use of the 35 mph wind speed. Special care was taken in its designing in order to make use of the Venturi effect created by nearby buildings that helps force wind through the turbines at higher speeds.

With a production rate of 50MWh of power annually, this building sure makes a eco-friendly statement in the architectural world. 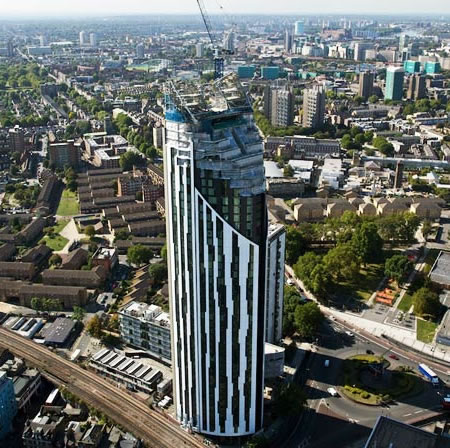 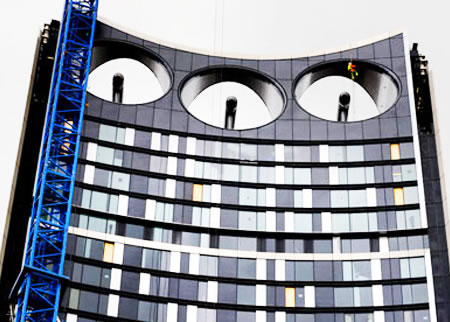