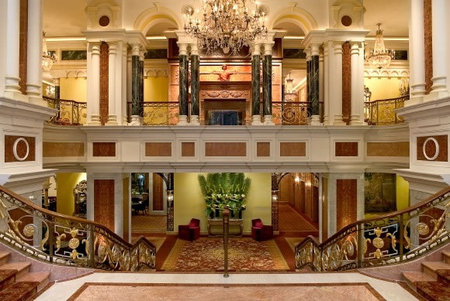 One of the best places to live in the Big Apple, the New York Palace hotel is busy adding on shades of green. With 899 rooms, this hotel is one of the few around that really employs a full-time green practices manager on staff. The hotel also has a long list of initiatives it hopes to take up in the year 2011, including going 100% renewable energy-powered. For now, the hotel offsets all its electricity usage by purchasing renewable energy certificates from Hess Corporation, keeping away a good 22 metric tons of carbon dioxide emissions. That’s not all. The green hotel is working with Clean the World and donates 500 pounds of gently-used soap and guest-room amenities on a monthly basis that is then shipped out to homeless shelters once sanitized.

In the bargain, the New York Palace helps recycle more than a ton of plastic annually and keeps away a load of waste from the landfills too. Maybe other hotels around should take up greener initiatives and lifestyles too!
[Luxist]