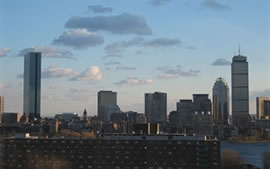 Public mass-transit in the state of Massachusetts sees a greener horizon now. Governor Deval Patrick recently inaugurated the $13.5 million commuter rail station at historic Fenway Park, powered by solar energy. Known as the Yawkey Station, this one juices up entirely by solar power and is the first net-zero railway station for the Commonwealth. Packed with a photovoltaic system, transit improvements, bike amenities, better pedestrian sidewalks and a lot more, this railway station is as green as one could get. To serve the Longwood area, brimming with job opportunities in Massachusetts, the station itself will help create about 150-200 construction and permanent jobs.

Also, experts predict that the station will generate a more-than-required amount of energy, while the rest will be sold back o the grid for profit. And, we’d sure like to see more stations like these around!
[Getsolar]