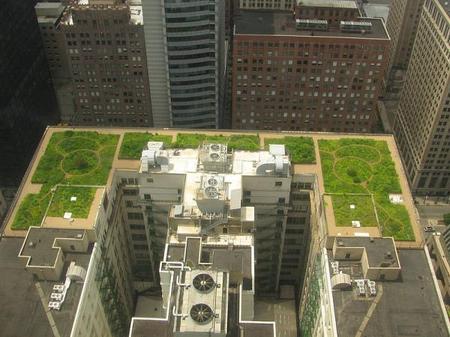 Due to the space crunch, the world is expanding vertically. The houses are transforming into tall skyscrapers. But instead of stopping just there, building now are flaunting their ‘greens’ literally. Green rooftops are the new in thing, with buildings covering their rooftops with plants to help fight global warming, apart from just making it look good. Studies show that the green rooftops are multi-functional. Not only do they help in maintaining an ecological balance, but reduce heating and air conditioning costs, retain and detain storm water and absorb large amounts of carbon dioxide gas. Scientists have also calculated carbon levels in plant and soil samples collected from 13 green roofs in Michigan and Maryland over a two-year period. They found that green roofing an urban area of about one million people would capture more than 55,000 tons of carbon. That, they claim is equivalent to removing more than 10,000 mid-sized SUV or trucks off the road a year! I say- we better go green soon lest it’s too late!
[Sciencedaily]