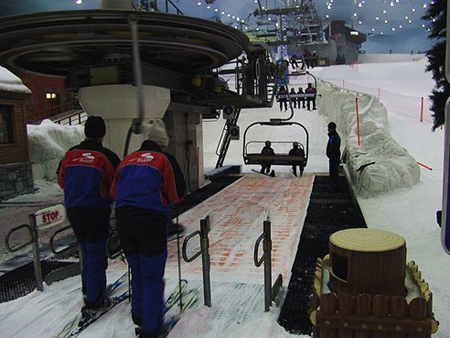 Barcelona will now bring home some snow, with one of the greenest artificial ski-slopes planned for the second largest city in Spain. To be completed by 2015, this ski-slope will be carbon neutral and will show up in a redevelopment area of La Zona Franca. With a 39,000 square meter dome planned that will house the slope as well as a ski-ring, the facility will be powered with methanisation, solar power and plant waste from the city. Also, to pull the temperatures below -10º C, regasification facilities at Barcelona’s liquid natural gas terminal will be used. A green ski resort for the residents of Barcelona, this new attraction in the city will also help generate employment.
[treehugger]