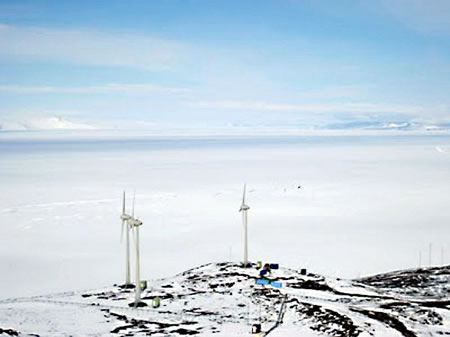 Go down south of the globe and you’ll come across what has come to be known as the world’s southern-most wind farm. Antarctica as we know it is a barren continent with loads of ice everywhere and barely any life. However, these wind farms that have recently been set up and launched will help supply around 11% of the energy needs of New Zealand’s Scott Base and the American McMurdo Station in Antarctica. This will help these research centers decrease their carbon footprint significantly with the use of alternative energy and also cut short the use of 463,000 units of diesel every year.

Three wind turbines where recently unveiled and this is just one of the many wind farms that have already been set up in Antarctica at other places. Hopefully, the use of these turbines will help reduce the use of fossil fuels in this continent at least and in future, solar power generation systems will also be launched by the New Zealand utility company Meridian Energy, who currently run the turbines. So let’s hope the winds blow the right way and help power up the southern-most continent on earth. 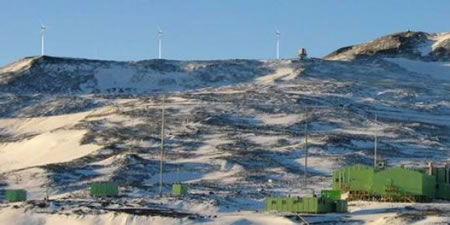