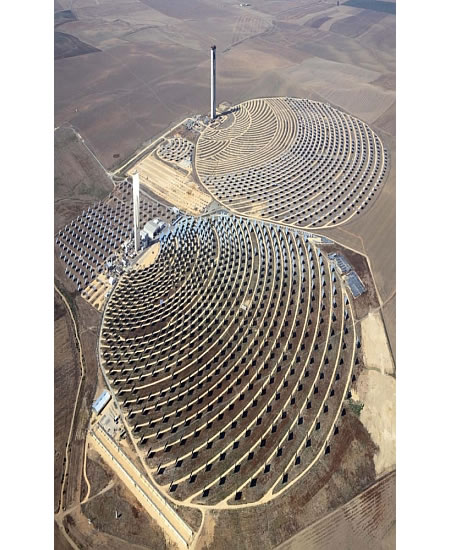 Abengoa Solar has begun commercial operation of the new PS20, the world’s second largest power tower plant, located at the Solucar Platform, near Seville in Spain. The testing has gone quite well as they found that the PS20 surpassed the predicted power output, thus further validating the high potential of power tower technology. PS20 features a number of significant technological improvements with respect to PS10, the first commercial power tower. These enhancements, developed by Abengoa Solar, include a higher-efficiency receiver, various improvements in the control and operational systems, and a better thermal energy storage system. Plant construction was carried out by Abener.

With a power capacity of 20 megawatts, the new PS20 solar power plant will produce enough clean energy to supply 10,000 homes, and will avoid the emission of approximately 12,000 tons of CO2 into the atmosphere that a conventional power plant would have produced.
[PRNewswire]