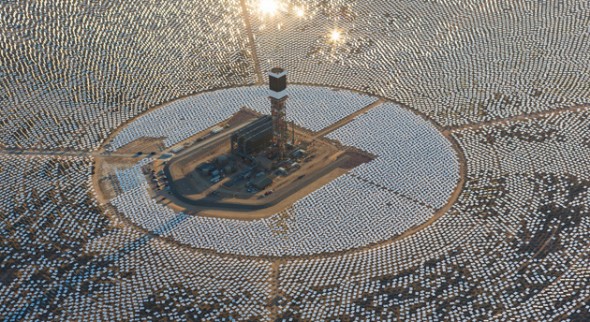 The Golden State has finally begun shining bright with a surge of solar electricity as the world’s largest solar thermal plant, the Ivanpah Solar Electric Generating System in California, has finally begun operations. The solar plant is backed by Google and NRG Energy and promises to generate a total 392MW of power through 173,500 multi-mirror units. Simply put, this plant will generate enough energy to power up 140,000 homes in the United States of America.

The new Ivanpah Solar Electric Generating System will make up for 30% of the total solar thermal energy produced in the country. Sporting 5.5 square miles of mirrors, the plant is, however, proving to be a nemesis for birds and other wild life. Hopefully, the authorities discover a way to address this problem too! Congratulations California!